This past Tuesday was further assurance to me that I am supposed to be in East Lansing.  My brother Connor Smith successfully walked-on to the Michigan State baseball team.  Ecstatic, jubilee, gratefulness were some of the emotions I felt as I read his text message while sitting in the International Center.  This is an incredible act of God’s faithfulness.  Without blabbing on too much, I want to share 3 reasons why this is so encouraging to me.

1.  Both of us did not want to come to Michigan State.
Aside from the fact I grew up in Ann Arbor, I was originally committed to run at an Ivy League school while Connor was committed to Hillsdale.  Through a series of events, both of us were humbled and led to East Lansing.  I’ve been here a little over a year and I’ve experienced the amazing things the Lord is doing on campus.  Now the Lord has brought my best friend to campus to do ministry together once again.  I am so humbled by his provision.
2.  Connor’s physical condition
I’ll let Connor explain this sometime.  But you should know my brother has undergone more surgeries than most people will in their lifetime.  He has to fight through pain to get through every workout.  His perseverance has been an amazing example to me.  Connor relies on the Lord alone for strength and his life is an example of God being glorified in our weaknesses.  I’m so happy that my brother gets to continue playing the sport he loves.  All for an Audience of 1.

3.  Reaching out to the baseball team
We have been praying for the baseball team.  Last spring, Phil began doing chapel before the team’s games and I would sometimes tag along.  There is a Christian presence within the coaching staff so we are hoping this overflows to the players as well!  Our ministry has just about every sport team represented in our movement. Now, we are praying for the Lord to move within the baseball team!  I know Connor is going to be a light on this squad.  God has sent him for a mission and I am so excited to accompany him on this adventure. 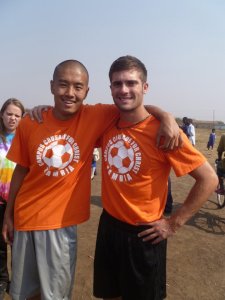 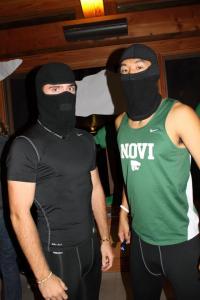 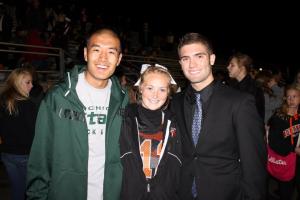 This role of a walk-on might be looked down upon to coaches, media, and fans.  However I have found it to be a position that is to be embraced. The additional pressure is an opportune platform for the Lord’s deliverance.  I don’t believe God doesn’t give us more than we can handle.  In fact, I’ve learned the Lord constantly gives us more than we can handle, so that we are forced to completely rely on him and him alone for strength! The Lord constantly puts us in positions where He HAS to come through! He ALONE gets the glory!  Being a dark horse is a privilege, especially when we get to play a small role in the plan of a BIG God!
For consider your calling, brothers: not many of you were wise according to worldly standards, not many were powerful, not many were of noble birth. But God chose what is foolish in the world to shame the wise; God chose what is weak in the world to shame the strong;God chose what is low and despised in the world, even things that are not, to bring to nothing things that are, so that no human beingmight boast in the presence of God. And because of himyou are in Christ Jesus, who became to us wisdom from God, righteousness and sanctification and redemption, so that, as it is written, “Let the one who boasts, boast in the Lord.”

One thought on “Dark Horses”

There was an error retrieving images from Instagram. An attempt will be remade in a few minutes.

Unreached People Group of the Day